A downloadable game for Windows and Linux

Edgar the Fox has stumbled through life, never seeming to catch a break.  From a young age he's taken to thieving as a means to survive in this dark, dystopic city.  He's been trying to get away from it and lead a normal life, but things don't always go as they're planned.

The rise of machine life has complicated things further, with corporations seeking to control more and more.  Follow Edgar on an epic adventure, filled with mystery and deception, and possibly the chance of love.

In order to download this game you must purchase it at or above the minimum price of $5 USD. You will get access to the following files:

Will there be a version for Mac?

It is finished, the updates are for tweaks or bug fixes

When will the public version will be updated?

wish it had a CG gallery

Was a rollecoaster of emotions haha dunno when I got so many mixed feelings... tense, excited (in many ways hehe), surprised, happy etc.

I'm prolly gonna write an "essay", so if u'r azy to read it all, to sum it up for ya: SHUT UP AND PLAY THE GAME! BAHAH

Yeah, I do recommend it a lot... in all these years, in this vital indutry, this is the first time that I got so enthralled by a VN - get the reference xP

As I saw on the comments, I too endend paying it all in a single sitting LOL.

IT IS TOO GOOD to keep playing it over days - and I had the time (even tho it's like 12h PM 'cuz wanted more to play than to sleep hahaha).

Something I'm curious: it's stil on version 0.91... usually when a game is finished it's like version 1.0...There will be more updates for it?

Oh yea, just remembered, there's a good chunk of typos on the writing... like, names writen in minuscule "james, edgar etc." and words that's obvisouy a typing error - don't remeber any now, but example: how are you feeinlg?

I missed some things (probably other people too), aka:

By the way, those musics are royalty free or what? want to know if it's okay to use them on personal projects - or even not personal haha

Well, I think that's it that I have to say for now bahaha became so sleepy that the ideas are becoming fuzzy LOL won't even read it again before posting now, so sorry for the bad grammar and if I wrote any shit xP

Thanks for the awesome work!

Oh, besides, are u working on any other VN of your own or even helping other VN projects? Maybe even doing a sequel... the possibiity exists, with Al out there...

Saw it on youtube, seemed interesting, played the demo and liked, now gonna check full version bahaha hoping it's as good - or better - than the demo :D

ehm, dude, where's the open dyslexic option? or something of the sorts

some things are damn hard to read...tho I found something that's hard for ANYONE to read LOL

It's not leting me paste a print here, but it's the "About" page

Will this get a MAC version?

Is there gonna be a sequel cause you seemed to have ran out of time on adding other love interests?

Read all of this in one sitting, Im fucking sobing, the ending was so cute, MY HEART AANANAGANAGNABAGANBAGHGAbnANGANAGHAGHn.

How do I get to the end of the thief? I saw cg_ending_thief in the file, but I don't know how to achieve it

how do i get this ending?

Well I’d hate to spoil the fun - but try making different choices in scenes with mom :)

I havent played the game for the past 9 months or so. Can u have romance with the guy on the right site ?^^ that chunky one

as far as i know the romance is linear, no alternative romantic options

how many endings there are?

From where i know only 2 endings

It would nice if there a Choice which char route you want go with. But GOD Jame.... Why are you so darn cute? AL also a sweetheart but sometime scary due what he is made for without the chip.

Really only one, though, as the other is bad and makes that very apparent by being a bad/sad as well as short and just obviously the wrong choice and wrong ending lol.   So really there is only one "true" ending, and it's pretty obvious when you reach this choice, but you should save it to make sure you choose the true one although the game does let you backtrack through the history to some degree.

This is a really wonderful game and story though and you should play it, at least try the demo!  See my review below.

i mean, i chose to save James and got a good ending, but i also saw a image of Edgar reuniting with his mother, how do i get that ending (assuming is really a ending and not a fake/in-game dream?

Looks like Deckerwolf already replied, but feel free to reply to me again if you still need help! ^n.n^

I purchased the full vn yesterday and I have to say I LOVED IT! The dystopian setting and soundtrack really hit that 80s vibes which I really like. The story, artstyle and characters are A class!

The relationship between Edgar and James is heartwarming and, heh, sexy... 😉 This vn shows how creative deckerwolf and his team are and I want to see more of his works. I recommend playing the full vn and experience a story that will is entirely satisfying! I give this vn 6 stars

I loved the book! I really did!

But dont you think the whole like, book is a short, and quick? The book is pretty quick to get through, and the whole plot twist was really confusing as well, im just here to let yall know if you guys can try to change more, even yet add more routes other people to date!

OK deleted the Error post from earlier. After digging into it a bit it turned out I had a corrupted save file so my bad not yours. I played the same set through and it worked fine! Love this game!

Are you on the fence wondering if it might not be a very deep, emotional, or adventurous game?  Boy would you be wrong!  Try the demo and you'll soon be learning what I did, that this is a wonderful beautiful game in so many ways, and everyone should play it!

It's set in a dystopian world...until you realize that our world is just as dystopian, and it's actually just our world, plus more tech, plus us furries having the bodies that we should have.

The game perfectly showcases our struggles against fascism, corporations, capitalism, and the abuse and horrors that those inflict.  It also touches on important related topics like automation and artificial intelligence.

Furries like myself will of course love seeing furries in games and movies, so that's certainly a huge plus for us, but you definitely don't have to be a furry to enjoy this game, i.e. there's more than just furry eye candy including yiff.   The story telling is wonderful and the topics are extremely relevant to today's struggles and hits you right in the feels.

It includes the option to enjoy yiff as part of the love, which everyone should do, because sex is a normal good part of love and of life!  But if you really aren't interested in seeing loving gay yiff, you can play the lesser version without it!

omfg that was a whirlwind of emotions

I really Liked this. Bought the game and played through the different choices. If you aren't planning on a sequel, you might consider doing a mod with a different relationship choice. Since you already have the artwork for the most part, it would be mostly writing and some coding. Just a thought.

hey so is VN done

Just finished and the story and music is awesome! Really outdid yourself! Will there be a part 2? Im curious what will happen to Edgar and AI in the future.

Thank you!  I am not sure yet about a sequel but it may happen later on

Please make it possible! I love this vn and I want to see more

hey deckerwolf can i make a gameplay of super tace crew on youtube?

my channel name is captain fighvn

to clarify, it seems sfw, but it it uwu?

There is a sfw or nsfw option :D

The game is available on Steam too if someone is interested:

Awesome game and music,thank you for making this masterpiece😭

Hi! I subscribed to the channel "Decker the Wolf" on Patreon for $5, but the posts are still blocked to me. I wonder why... And if I buy the final game for $5, may I get free updates in the future(if there will be).

Hello again. Sry for spewing out so many questions. Is James the only dateble character or are there more ?

Yes only James is dateable

loved the game. But i did buy it and still only got the demo. How do i get the full game ?

It should say Version .91 when you boot it up

cheers bud ! i must have  downloaded the demo version instead  (slaps forehead)

I gotta say. I really love the whole 80:s vibe. The retrowave music, the artstyle. so cool. You have outdone yourself on this bud !

very awesome game and i would defenitely pay for a canine dong version :)

I just finished the game. I really enjoyed going through it all, although I'm sad we didn't get to interact with the other characters as much, like Ari, however, I definitely got my monies  worth. Keep up the good work, I look forward to seeing what you make in the future!

So is the only way to get more content through Patreon?

Yes until the main story is done

Ok thanks for the info!

Is there a way to play this on amdroid?

Can i play kinghts college using it?

Will Ari the dragon chef have a route?

Very fun and interesting story! Edgar is also a cutie. 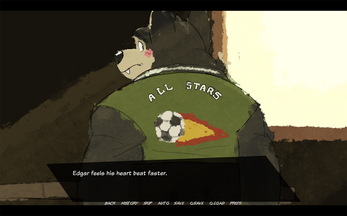 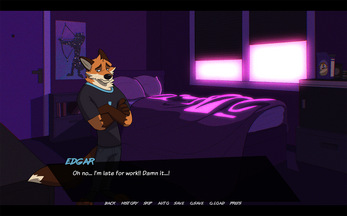 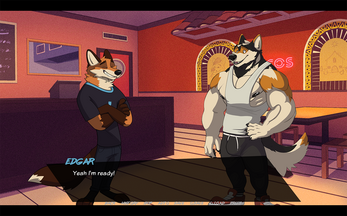 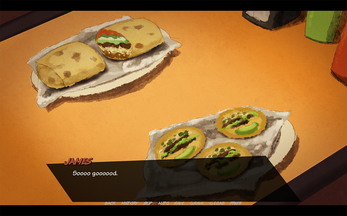 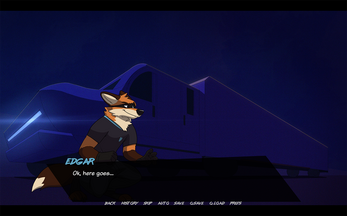